We (my wife and I) visited New Zealand recently.

After two long flights by Korean Air – the first from Mumbai to Incheon (Seoul) of around 9 hours duration – then – a wait at Incheon Airport for 5 hours – followed by the Incheon Auckland flight of almost 12 hours – we reached Auckland International Airport New Zealand at 0800 Hrs (8 AM) local time on the 23rd of December 2015 – where our daughter was waiting for us with a friend who had brought his car along.

Here, at St. Heliers, I discovered the Achilles Memorial at Achilles Point commemorating the victory of HMS Achilles in the Battle of River Plate in World War 2. I was familiar with this warship – since – HMS Achilles was later transferred to the Indian Navy and commissioned as INS Delhi.

I discovered this “war memorial” by sheer chance – even our “host” who was driving us around did not know about it – and had brought us here since this was a scenic seaside spot and beach.

On 16 January 1940, in order to recognize and honour the role the New Zealand Crewed Ship HMS Achilles had played in the Battle of the River Plate, the first major naval battle of World War 2, which lead to the defeat of the German Cruiser Graf Spee, the Auckland City Council resolved to name the tip of the headland on the western side of the Tamaki River as Achilles Point. This vantage point enjoys commanding views of the Pacific Ocean over the Hauraki Gulf – and of Auckland City too.

“This Reserve is dedicated to commemorate the gallant performance of HMS Achilles and the bravery of her Captain, Officers and Ship's Company in the victorious naval battle fought in the South Atlantic off the River Plate on December 13th 1939” 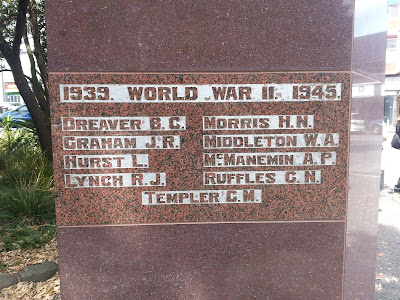 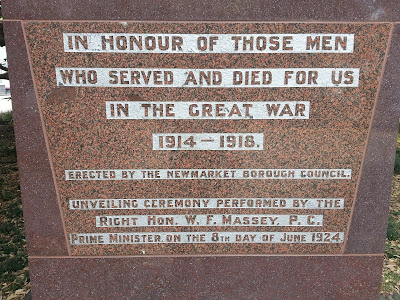 India has one of the largest Armed Forces in the world, especially the huge Army.

However – one thing is evident: New Zealand respects its Martyrs – soldiers, sailors and airmen who laid down their lives fighting under the New Zealand Flag – the 900 War Memorials located throughout the length and breadth of New Zealand – in each neighbourhood, borough, village, town and city – bear testimony to the reverence accorded to the military.

I hope India emulates New Zealand in this regard to commemorate the bravery and sacrifice of our military men in uniform – and we too have similar simple, sublime and elegant war memorials in each village, engraved with the names of martyrs from that village, as a remembrance to martyred soldiers, sailors and airmen who perform the supreme sacrifice and lay down their lives for the nation.