India’s first Aircraft Carrier INS Vikrant was decommissioned in 1997 – and – as a fitting tribute to the warship’s yeoman’s service to the nation – it was decided to preserve INS Vikrant as a “Museum Ship” based in Mumbai.

The Museum Ship was very well conceived – the Indian Navy put in a lot of effort – and IMS Vikrant had a fascinating display of Naval Artifacts.

This interesting “afloat” Navy Museum had an added novelty of being on a famous ship – and this tribute to Naval Heritage attracted many visitors – despite not being easily accessible due to the security restrictions.

It was proposed to anchor this floating Navy Museum off Mumbai harbour to make it a top attraction to citizens, visitors and tourists.

However – all these noble plans never materialized – and – after a few years – the Navy Museum was dismantled – and the grand old ship INS Vikrant was scrapped.

Sadly – our Politicians and Civilian Citizens do not seem to be interested in preserving our military heritage – despite the fact that – India has fought major wars – and our Military Forces are in a constant state of combat – continuously engaged in counter-insurgency operations and action against militants/terrorists.

In contrast - even a small peaceful country like New Zealand has impressive War Memorials and Military Museums – to commemorate the few wars and peacekeeping missions in which its citizens participated – mostly overseas.

The remarkable Military Museums in New Zealand are prominent landmarks and top attractions – for citizens and visitors.

For example – if you open any visitor guide or tourism brochure – you will see that the magnificent Auckland War Memorial Museum is highlighted as a top sightseeing attraction.

Other Military Museums like the New Zealand Maritime Museum, Torpedo Bay Navy Museum and Aviation Display (at MOTAT) are hyped as “must see” sightseeing attractions in Auckland and figure prominently on all visitor guides and tourist itineraries – and so is the case with the Air Force Museum of New Zealand at Christchurch (which I missed seeing since I was in Christchurch on Christmas Day – the only day of the year on which the museum is closed) – and all the other Military Museums at various places in New Zealand.

The general public is well-informed of these Military Museums – and any tourist visiting New Zealand will be made aware and encouraged to visit these museums.

By the way – there are number of good Military Museums in India too – created in a piecemeal manner at various military locations – but – unfortunately – most civilians are not aware of these museums.

For example – let me ask you: “Have you visited Goa?”

If so – you must have visited the excellent beaches and other attractions in Goa.

But – are you aware that there is an impressive Naval Aviation Museum in Goa?

Does this Navy Museum figure prominently in any visitor guide or tourist itinerary?

Similarly – there are Military Museums (created by the Army, Navy and Air Force) at various places in India – in New Delhi, Ahmednagar, Jaisalmer, Port Blair, Pune – and maybe in a few other places – but – is the civilian public aware of these military museums – and are these military museums publicized as top tourist attractions?

Why is it – that there are many Military Museums in India – but most of these are unknown to civilian citizens and not easily accessible to the general public...?

This is just “food for thought” – shouldn’t we be proud of our military heritage as other nations rightly are?

Now – let me tell you a bit about the impressive Auckland War Memorial Museum – a magnificent structure with a superbly commanding presence as it stands tall and mighty atop the Auckland Domain in the heart of Auckland.

Auckland War Memorial Museum, one of New Zealand’s finest heritage buildings, stands on the hill known by Māori as Pukekawa.

The War Memorial Museum has occupied this site since 1929 when subscriptions raised by Aucklanders in remembrance of their war dead (in World War 1) enabled the construction of what is considered one of New Zealand’s best monuments.

After World War 2 – the Museum building was extended to encompass war memorials for the over 4000 Aucklanders who lost their lives in the Second World War – and to accommodate the ever-increasing artifacts in the Museum's collections.

The semicircular extension at the rear of the building was opened in 1960, providing more floor space and the World War 2 Hall of Memories which now also encompasses the names of those lost in subsequent peacekeeping missions and conflicts.

Auckland War Memorial Museum is a sacrosanct monument of remembrance for families and returned service personnel who wish to honor their loved ones and fallen comrades.

This imposing neoclassical temple, capped with an impressive copper-and-glass dome, dominates the Auckland Domain and is a prominent part of the Auckland skyline, especially when viewed from the harbour.

1. People of the Pacific - which features artifacts and information about the pioneers who explored and settled down in New Zealand.

2. Stories of our Land and Sea - which has fascinating information about the geological origins and natural history of New Zealand before the advent of human settlers.

3. New Zealand War Stories - which is the most impressive section of the museum - comprises a fascinating display of the military heritage of New Zealand and highlights the gallant participation of New Zealanders in wars worldwide through history and their significant contribution to peacekeeping forces throughout the world. The Halls of Memory commemorate the supreme sacrifice of soldiers, sailors and airmen - and bear testimony to the rest respect and admiration the armed forces have in New Zealand.

This museum is so interesting that you must take out an entire day for seeing this impressive museum during your stay in Auckland New Zealand.

Here are a few photos I clicked during my visit to the Auckland War Memorial Museum on 31 December 2015.

Pictures of the Impressive War Museum 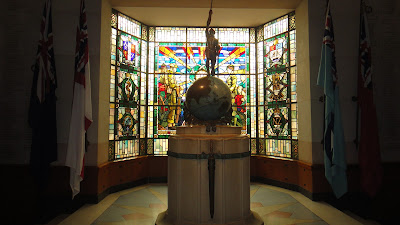 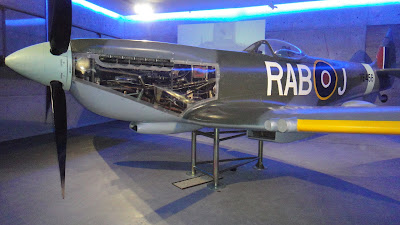 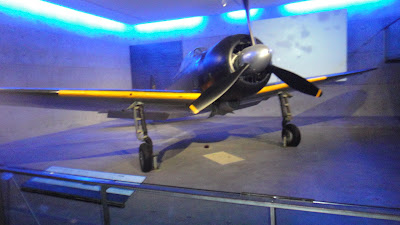 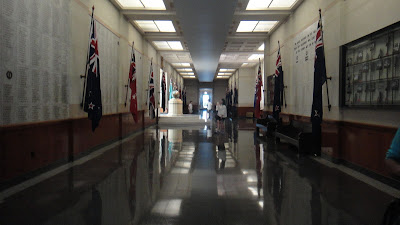 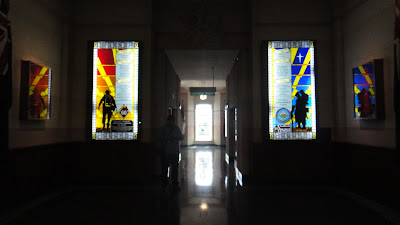 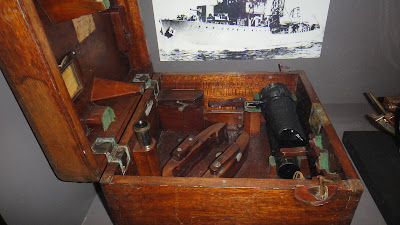 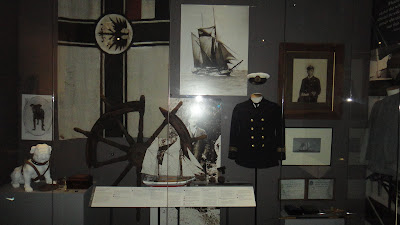 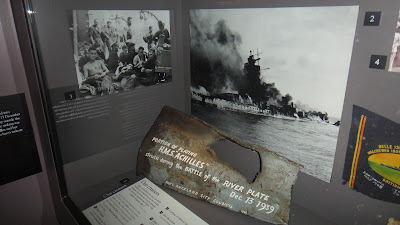 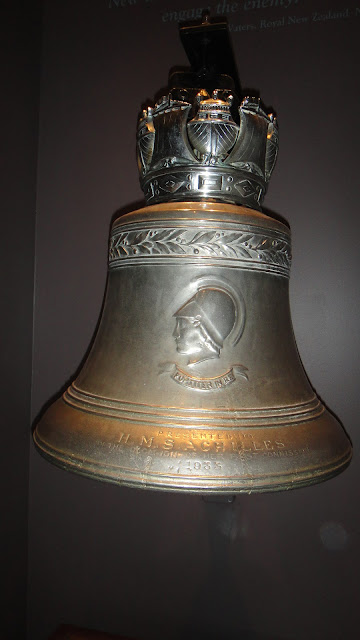 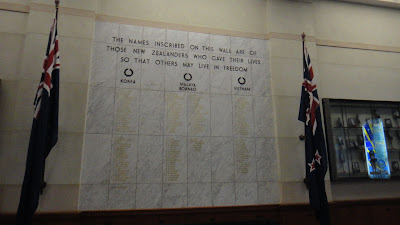 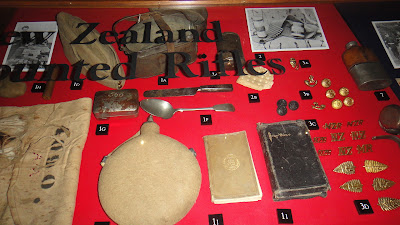 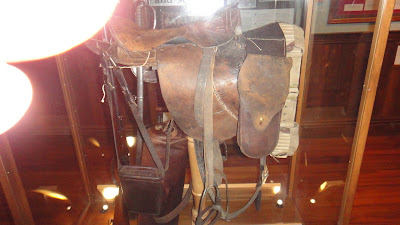 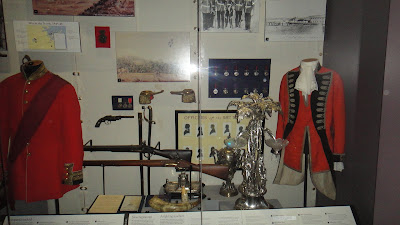 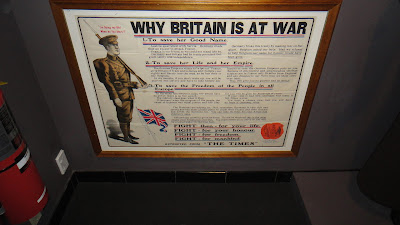 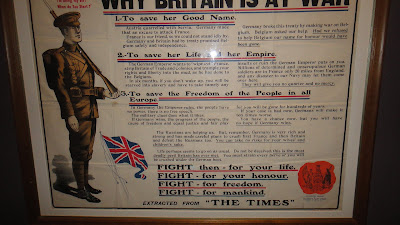 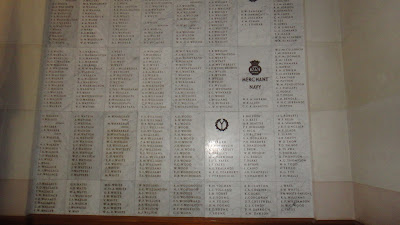 I could click very few photos since many displays were quite elaborate with subdued lighting and my smartphone battery ran out – but – I can say that this museum is the most impressive Military Museum I have seen so far. Indeed – the Auckland War Memorial Museum is one of the best museums I have ever visited.

I hope India emulates New Zealand in this regard to commemorate the bravery and sacrifice of our military men in uniform – and we too create and proudly publicize similar impressive Military Museums in India to showcase our Military Heritage and inspire future generations – and build sublime War Memorials as a remembrance to martyred soldiers, sailors and airmen who perform the supreme sacrifice and lay down their lives for the nation.

Most importantly – we must make these military museums easily accessible to the public and tourists.


I have written this travelogue based on my own personal experience during my visit to the Auckland War Memorial Museum New Zealand on 31 December 2015 – and – of course – I have referred to the references cited below for cross-checking and background information.

Military and War Museums in India at url: https://en.wikipedia.org/wiki/Category:Military_and_war_museums_in_India

Dear Reader: Do let me know if you know of any Military Museums and War Memorials – and – hope you enjoyed the virtual tour of the Auckland War Memorial Museum New Zealand.