Then after 2 long flights by Korean Air (Mumbai Incheon (Seoul) of more than 7 hours– a wait at Incheon Airport for 5 hours – and then the Incheon Auckland flight of almost 12 hours) we reached Auckland New Zealand at 0800 (8 AM) local time where our daughter was waiting for us with a friend who had brought his car along. 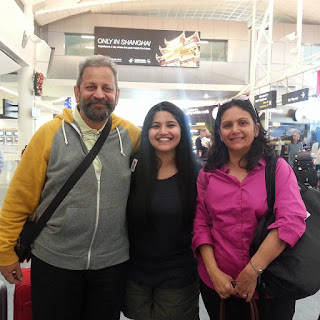 Since our Hotel Check-in was as 1400 (2 PM) – we decided to drive around Auckland and see the sights. 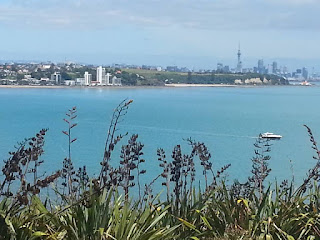 The city is very clean, the air pure, the traffic very disciplined, the people very courteous – and it was a pleasure to drive around and visit various places – an an uplifting experience driving on the superb roads, winding their way in the hilly terrain amidst on the picturesque scenery.

Our magnanimous “host” took us on a drive through Auckland and then we visited Mission Bay Beach – where we walked on the breach in the warm sun. 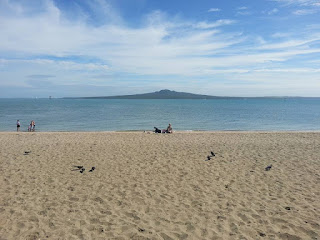 Then we drove down to St Hiliers which has a magnificent Seafront and breathtaking Beach amidst green foliage. 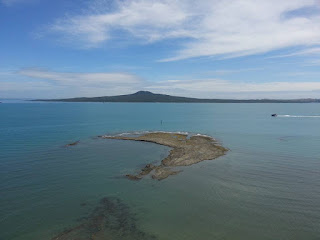 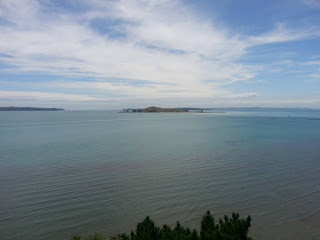 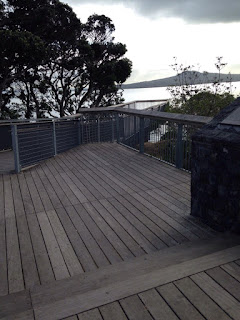 Here, at St. Hiliers, I discovered the Achilles Memorial at Achilles Point commemorating the victory of HMS Achilles in the Battle of River Plate in World War 2 – this warship was later transferred to the Indian Navy and commissioned as INS Delhi). 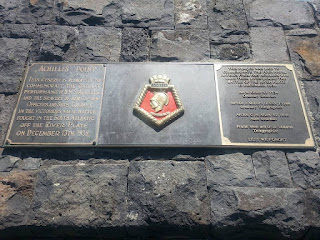 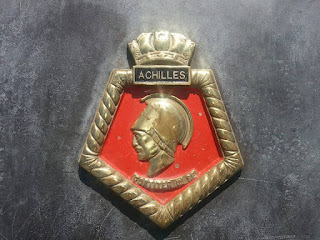 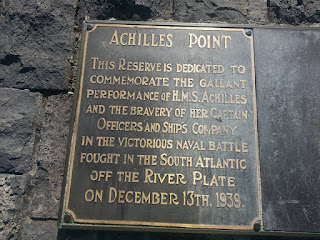 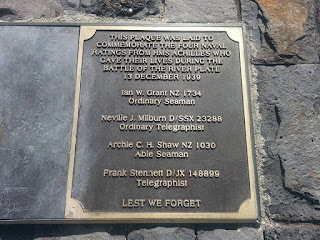 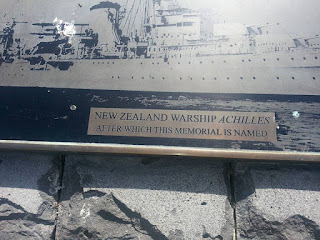 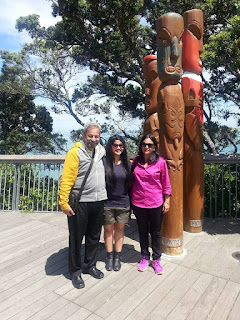 After a cup of coffee – he showed us the important sights (which we will visit during our stay) and he drove us via the harbor through the Central Business District (CBD) – and then we had a delicious meal of Flame Grilled Peri-Peri Chicken at Nando’s. 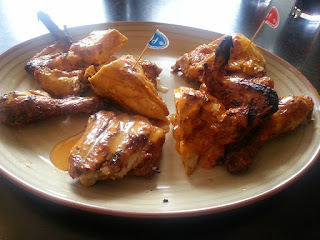 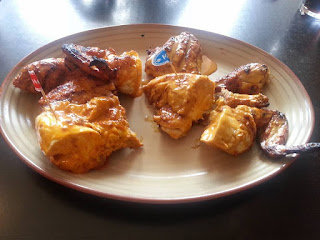 He dropped us at our hotel – Quality Hotel Parnell – for our 2 PM check-in.
After settling down in our comfortable suite – we had a nap – and then went for a long walk in Parnell – followed by a light dinner at Subway (we postponed “fish and chips” for later in deference to the sentiments of my pure vegetarian “better half”).

It is very convenient and a pleasure to walk around in Auckland - and we had a lovely long walk in Parnell. 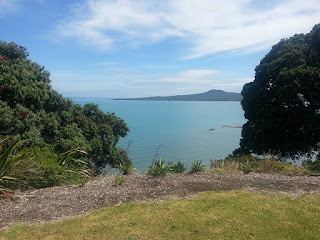 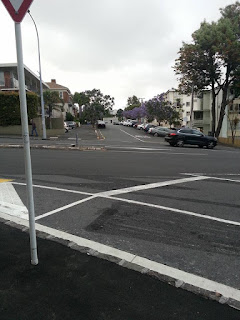 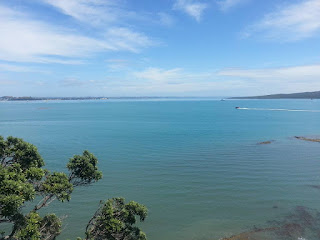 In Auckland, the weather is quite unpredictable – till afternoon it was warm and sunny – and suddenly it became windy and cold and started raining.

Now – we realized why our daughter had asked us to get our umbrellas along and carry them around.

The sun sets late in summer in the Southern Hemisphere – and there was plenty of light till 8 PM – and I thought it must be 6 in the evening wondering why time was passing so slow during our long walk.

It became dark at around 9 PM – and we returned to our hotel and hit the sack.


Here are a few pictures of the places we visited in Auckland.

Now – we are off on a week long trip of South Island, New Zealand – and then we will return to Auckland for a week to spend time with our daughter – and – see the sights and meet a few friends – before returning back to Pune, India.

I will certainly try and visit the New Zealand Maritime Museum (which is not very far away from our hotel) – a few other places of interest – and – of  course – some foodie joints which seem to be plenty in Auckland.
Posted by Vikram Waman Karve at 12/24/2015 07:02:00 AM