HOW TO PREVENT SEASICKNESS

I realized that the Sea-Dog Master Chief Petty Officer was right.

A few days later the Fleet Commander embarked on board our ship.

He was a towering figure, over six feet tall, with an impressive beard and an imposing personality.

In fact, there was a bucket kept for him on the bridge.

I dug deep into my photo albums and pulled out this nostalgic picture taken 37 years ago of the Master Chief who gave me this Navy Gyan on Seasickness. You can see us – me to the extreme left and my MCPO to the extreme right – we are drinking away and enjoying ourselves at a departmental booze-up session with my sailors at Sailors Home Cooperage Mumbai. 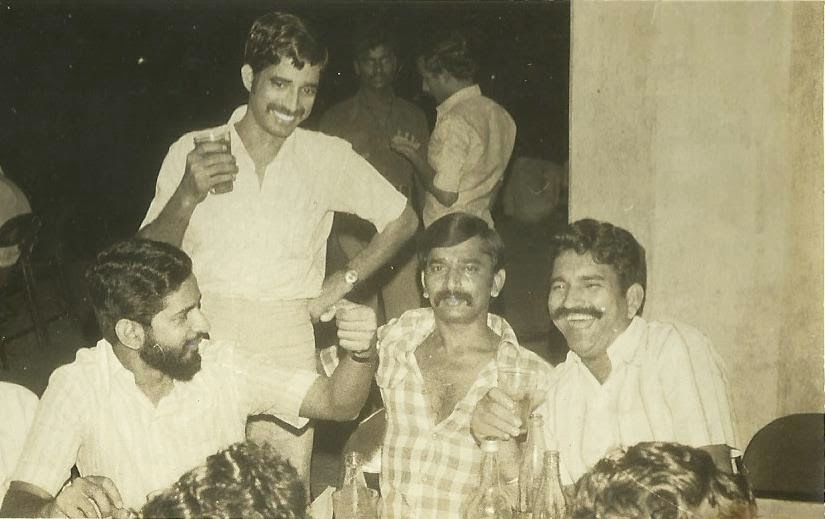