COLD CUTS - Humor in and out of Uniform


HUMOUR IN AND OUT OF UNIFORM

After uttering those words, the PMC disappeared, leaving everything to me.

I called the mess staff and I was delighted to see that there were two navy sailors – a cook and a steward.

I recognized the cook at once – he had served with me on a ship a few years ago and was now a Petty Officer.

I looked at the cook and said, “Let’s have a cold cuts spread for the valedictory dinner – like we used to have on the ship. I think it will be ideal for a hot summer evening.”

The cook’s face brightened up, and he said, “Very good idea, Sir. It will be a nice change from the usual butter chicken, mutter paneer, daal makhani menu.”

“Let’s have a Naval Pudding too,” I said.

“Sir, I can make Diplomat or Trunk of Tree,” the cook said.

“Let’s have both,” I said, “and we will have a lavish cold cuts spread which everyone will remember for a long time.”

On the morning of the dinner, I personally went along with the cook to the market and stores in Pune Camp to select the assorted cold cut meats and other ingredients.

I wish I could show you pictures of the lavish Mixed Cold Cuts Buffet Spread we had laid out on Banquet Tables on the plush lawns of the IAT Officers Mess, but this happened 30 years ago, so the best thing I can do to whet your appetite is to upload from the internet some delicious “food porn” pictures of cold cuts. This should give you an idea of what the delectable array of meats in a cold cuts buffet looks like and how scrumptious and fulfilling a cold cuts banquet is. I am sure your mouth will salivate when you look at these delicious pictures of the succulent cold cuts. 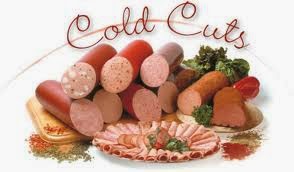 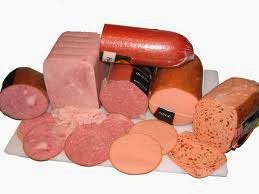 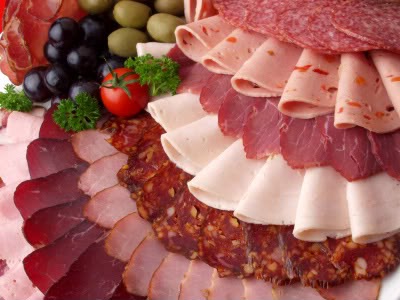 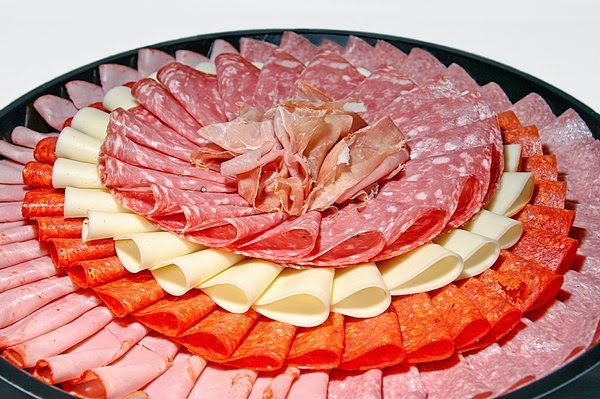 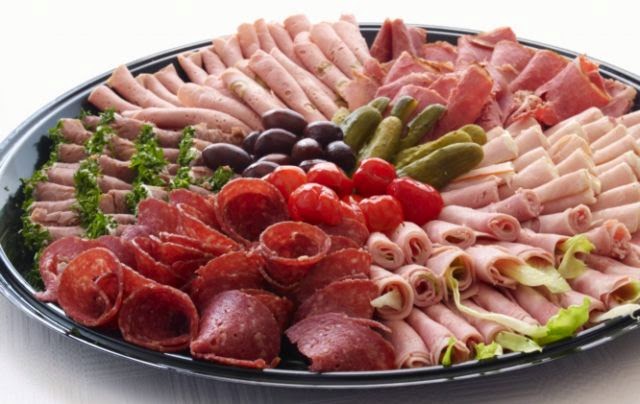 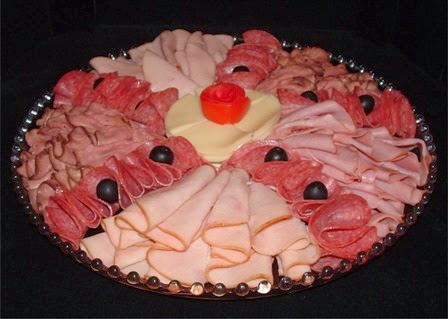 
The valedictory dinner was a grand success.

The PMC and I were sitting in his Office, feeling good in a self-congratulatory mood, when Colonel “S” walked in.

“What sort of menu is this for a party dinner?” he complained.

“Everyone says the dinner was excellent – even I enjoyed the food,” the PMC countered.

“All of you are carnivores – in the dinner there were only meats and meats – ham, salami, sausages, mutton, chicken, fish, luncheon meat...god knows what all was there – but there was nothing for vegetarians like me.”

“S” interrupted me, “There was egg in there…”

“Okay, your point is noted,” the PMC said.

After “S” had gone away, the PMC said, “These bloody Pongos can’t appreciate good cuisine – I think we will have the standard Army Style party menu next time.”

So, for the next dinner party we had the standard greasy “Fauji” party menu.

But “S” was still unhappy.

“In the small eats – don’t think I didn’t see the heaped plates of Boti Kababs, Seekh Kababs, Shami Kababs along with the Chicken Tikka, Fish Finger and Prawns – and for the vegetarians there were only peanuts and wafers…”

“S” interrupted me and asked, “Where is the equivalence?”

“Yes, where is the equivalence between the food served to non-vegetarians and vegetarians?” asked “S”.

“Sir, in last evening’s menu for vegetarians we had paneer, daal, palak, vegetables – all these have plenty of protein and vitamins just like non-veg dishes – healthwise they have the same, maybe even better nutritional value…” I said.

“Who is talking of nutritional value? I am talking of monetary value. I have calculated the cost of all the non-veg food you served last night – it is double the cost of the veg menu – and you charge the same amount of party share to veg and non-veg…”

“S” readily agreed and the PMC gave his okay.

At the next party, the buffet spread out on the dining table was a bonanza for vegetarians – paneer shahi korma, mutter mushroom, malai kofta, dal makhani, Navratan Korma in rich Cashewnut gravy laden with pineapple and other fruit and a rich dry fruit embellished pulao – in short, the works.

And on the non-veg side of the table there was just a measly looking chicken curry, as if “S” had personally supervised it.

As usual, I was well prepared for the party and had built up a good appetite – a game of 6-a-side hockey, a swim in the NDA pool, followed by 6 large pegs of Hercules Rum had made me happily high and voraciously hungry.

I could not resist the temptation, so I crossed over and started heaping my plate with the vegetarian delights.

“S” suddenly appeared by my side, “You are non vegetarian. Why are you taking vegetarian food?”

“Who says that a non-vegetarian cannot eat vegetarian food?” I countered “S” – and then I said to him: “And who is stopping you from eating non-veg food? If you want you can also have non-veg food. In fact, you should have enjoyed the delicious cold cuts that day.”

“Yes, a non-vegetarian has the best of both worlds, especially in the services,” the PMC commented, tongue-in-cheek.

If you are a pure vegetarian, it is best to steer clear of the navy (army and air force too).

And yes, the same applies if you are a teetotaller non-drinker too.

But that is another story which I have already told you earlier – remember the story of THE “MAUKATARIAN” FREELOADER ?

VIKRAM KARVE
Copyright © Vikram Karve Vikram Karve has asserted his right under the Copyright, Designs and Patents Act 1988 to be identified as the author of this work. © vikram karve., all rights reserved.

Disclaimer:
1. All stories in this blog are a work of fiction. The characters do not exist and are purely imaginary. Any resemblance to persons, living or dead, is purely coincidental.
2. Pictures in this blog post are downloaded from the internet from free images websites with thanks and courtesy
Copyright Notice:
No part of this Blog may be reproduced or utilized in any form or by any means, electronic or mechanical including photocopying or by any information storage and retrieval system, without permission in writing from the Blog Author Vikram Karve who holds the copyright.
Copyright © Vikram Karve (All Rights Reserved)